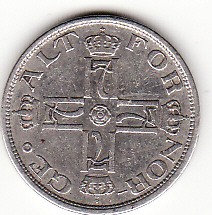 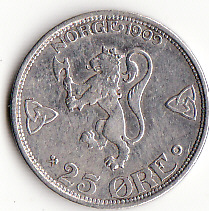 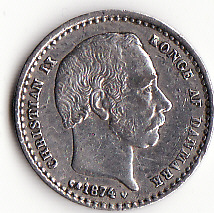 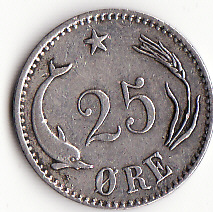 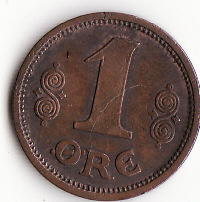 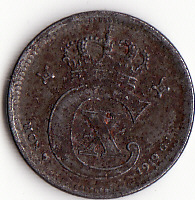 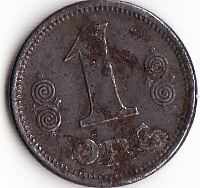 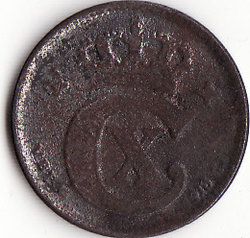 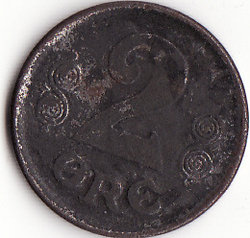 villa66 hat geschrieben:Very fun to read. I'd taken special note when the British 3-pence alloy had been mentioned earlier, but hearing more of the story is really fascinating. I guess then, these issues can be characterized as an "aborted invasion coinage." (Something like the 1944 Allied 2-franc coined for the invasion of France--if the invasion had never occurred.)

Most interesting to me is the thought that since the coins were recycled in 1953, and the metal was reused in striking British threepences, that some of Elizabeth's coronation-year coinage contains metal formerly in the wartime Norwegian coins.

It's interesting the abstract you bet, but in more personal terms, looking at my '53 threepences may be the closest I ever come to the little Norwegian pieces!

I really like such coin cross overs . I find it quit exciting to research where a coin went at what became of it.
The closest I have come to the London - coins yet is the 1953 3d, I shal see if I can post pictures tomorrow. The London øre are heavily overpriced. Not rare at all with a couple of thousand sets beeing sold. What you are paying for is the historical context.
Grüsse, Mynter
Nach oben

Just a quick return to the Norwegian wartime nickel-brass coins becoming British 3d pieces. (Learning that metal from one coinage has been recycled into another coinage is something I too find especially interesting.)

After reading your post, I remembered a connection I’d made not long ago when I read Cuba’s ABC pesos of the 1930s had remained intact until they were melted in 1953. Which seemed to me like it might have been connected to the issue of the new Cuban “Key” peso of 1953.

Anyway, the coincidence of the Cuban 1953 and the Norwegian/British 1953 made me wonder if there was a connection in the two events. I couldn’t come up with one.

But it started me thinking about 1953.

Maybe it was just the 1952-53 hand-off from one monarch to the next, so an inventory discovered the Norwegian coins….

But I wonder more about the pressure the Korean War was then putting on the supply of nickel. (Major nickel-producer Canada had returned, temporarily, to steel for its 5-cent pieces and the almost non-existent UK copper-nickel coinage for 1952 is often blamed on tight nickel supplies.)

But a Coronation coinage was a must-have, high metal prices or no, so I wonder if maybe 1953 was a particularly handy time for the Royal Mint to have had an in-house supply of ready-made nickel-brass alloy….

But then maybe, glancing at the 3d mintage figures, the 1953 melt of the Norwegian coins wasn’t a metal-price thing so much as it was demand-driven thing. Postwar WWII 3d production was very limited until the large uptick in production beginning in ’52. So perhaps there isn’t much need for the recycled nickel-brass before 1953. Maybe that’s why the Norwegian coins survived (intact) as long as they did.

(Of course it’s possible that the Korean War kick-start was partly responsible for creating the demand for new 3d coins.)

When I started this I thought I had an answer. Now I’ve just got questions. Oh well. 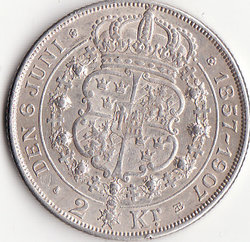 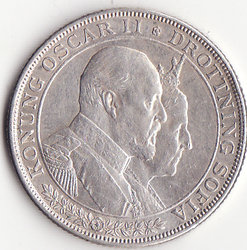 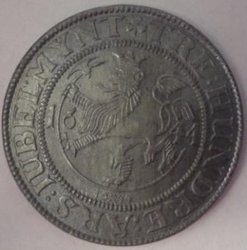 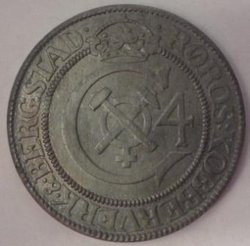