I’d pulled this medal from a junk-box for a dime—I’d never seen or read about it—so I got the fun of a small discovery.

I was focused on the reverse and for some reason the compass points struck me as somewhat superfluous. Odd, too, because the China Clipper—and the Exposition itself—was much more an East- West thing than it was a North-South thing.

Finally it seemed like the compass points were just an excuse for this pointer, and that’s when the lights began to go on….

Back quickly to the obverse, which is of more or less uniformly low relief, with an out-of-the-ordinary interior rim. And a prominent raised dot in the center of the piece. 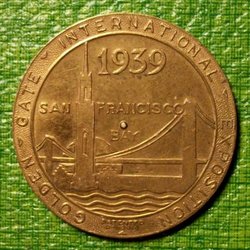 The raised dot must surely be no accident. And it looks like the obverse high-spot. So does this thing spin?

It does! Turns out this thing is a “spinner,” good for playing kissing games and for deciding who buys the next round of drinks.

And this 1939 World’s Fair spinner was equally good at deciding whose turn it was to plug the then-new juke-box….

So here’s one of those half-dollars again, good for 16 songs: 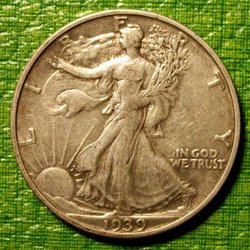 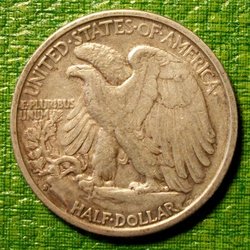 But there must have been some resistance to all that jitterbugging, because the entry continues: “three minutes of silence is available for 5 cents.”

This 1939d Jeff would have bought an old-timer—or a parent—some three minutes of breathing room. 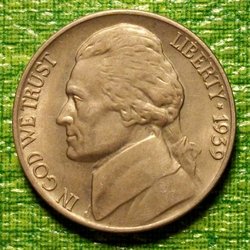 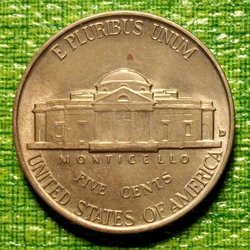