Was playing around with Barbadian coinage when I learned of this connection:

x: On the reverse of this 2004 5-cent piece is the 89-foot-tall South Point Lighthouse, the oldest on Barbados. The cast-iron lighthouse was a feature of London’s Great Exhibition of 1851, then was disassembled and shipped to Barbados, where it was reassembled in 1852. (xx)

And then a cautionary note:

x: A 1976 10th Anniversary of Independence “Windmill,” in proof. I notice in the Wikipedia article (1 October 2019) on South Point Lighthouse, the Barbadian coin cited as depicting the lighthouse was not the (correct) 5-cent piece, but the (incorrect) 25-cent “Windmill.” (xx)

The 2004 Barbados 5-cent piece, surprise echo of Victoria and Albert. 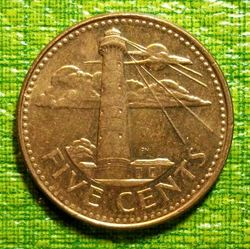 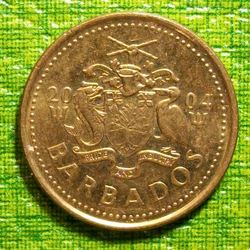