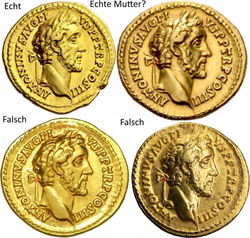 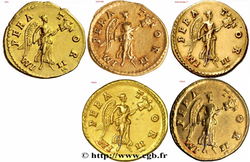 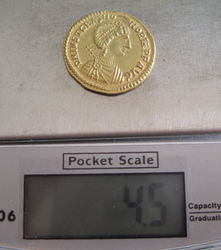 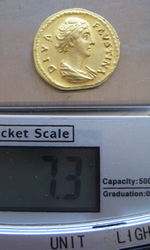 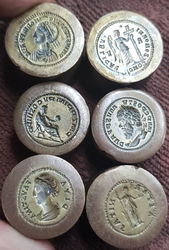 Justice Delayed But Not Denied [NEW PARAGRAPH] In 1993, the International Bureau for the Suppression of Counterfeit Coins (IBSCC) published a small group of Alexander gold staters as modern counterfeits. (Bulletin on Counterfeits Vol. 18, No. 2, pg. 5.) It seems that the coins had initially become suspect largely due to their remarkably pristine and lustrous surfaces. Recently, after the passage of years since the IBSCC publication, a dealer in Germany approached us with three of the coins and the request that we research them to confirm whether they were actually ancient or modern. Our immediate reaction upon studying the coins was that there was nothing in the style, fabric, or other characteristics, other than the remarkable freshness of the surfaces, to suggest that the coins were not original. Returning to our office with the coins, we found that Dr. Martin Price had published a coin with the same reverse die in his magnum opus, The Coinage in the Name of Alexander the Great and Philip Arrhidaeus (plate ii, no.180). Price’s plate coin is in the British Museum, which purchased the coin from Spink in 1928 (we later learned that it is also ex Ars Classica 13 (1928), lot 505). The best test of authenticity is comparison with a known genuine coin, so the next step was a visit to the British Museum to compare our three coins with the Museum example. Upon careful examination with a stereo microscope, it was clear that our three coins were struck from the same reverse die as the British Museum specimen without any intervening process (i.e., there is no indication of transfer dies). Working from the assumption that the British Museum specimen was genuine, for it appeared perfectly ordinary in every respect although not quite so fresh in state of preservation as our coins, we concluded that our three coins were equally genuine. With this information, we wrote to the IBSCC asking for reconsideration of their 1993 decision. Subsequently, by chance, we happened to acquire a fourth coin of the same issue struck from the same obverse die as one of our coins (although of an earlier die state) and with a different reverse die. This piece, confirming normal die deterioration within the series, added further evidence that all four coins now in our possession were genuine. We submitted the four coins to the IBSCC, along with the results of our research, and after due deliberation and metallurgical analysis by the neutron activation method, the IBSCC declared the coins genuine earlier this year. We wish to compliment the IBSCC for its open-minded willingness to consider new evidence in the reevaluation of prior decisions. We are now pleased to offer the four coins, newly released back into the population of authentic ancient artifacts after being wrongly condemned as modern copies.
Nach oben
8138 Beiträge