Thank you for bringing this thread to my attention. While I did not catalog this coin myself, I did examine it closely before the sale went live, as the style of the obverse is a bit unusual. There were plenty of stylistic comparisons both on this "summer" type and for the seasons. I did look at the example in Roma that we pedigree this to, which on CoinArchives is marked simply as UNSOLD. Clearly the patina is artificial, of the kind you see frequently on Judaean coins. I hate this kind of thing myself. It can very easily obscure other flaws or work, like smoothing, tooling, etc.

Reconsidering the coin again in light of the images posted on Numismatikforum, I do agree that the coin is cast. There are traces of an edge seem at various points around the edge and, most importantly, there is an edge split at 8h on the obverse that is partially filled in. This matches closely the example from French ebay, but not the Roma one. Without seeing the Roma coin in hand I cannot be sure, but as it is lacking the extra metal in the edge split, it may in fact be the host coin for the forgeries.

I am also not fully convinced that the dies are modern. It is odd to have a cast of modern dies, but that of course not dispositive in and of itself. I have found no links with any other obverse dies. This pair of dies is seen with a good number of different surface conditions and flan shapes, as is normal for quadrantes, in my opinion. That being said, I will err on the side of caution in the future, and will not let them into any further CNG sales.


Please share this with the Numismatikforum, and give them my thanks as well for pointing it out. 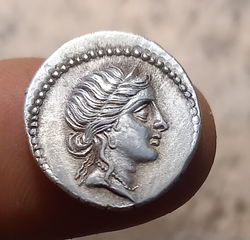 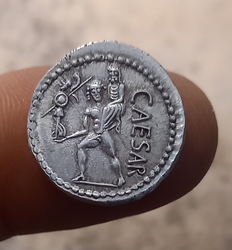 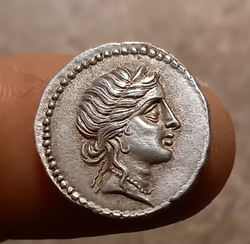 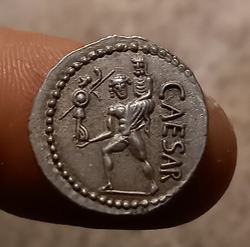