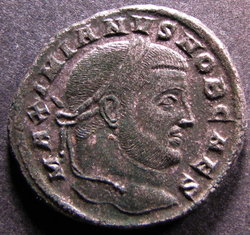 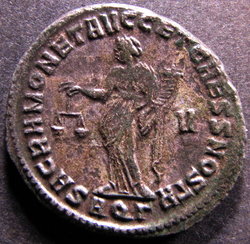 Rule #1
Coins from Galerius and Maximinus II Daia can ALWAYS be distinguished by the spelling of the name MAXIMIANVS and MAXIMINVS,
so if you can read the entire obverse legend you should be able to tell them apart despite the fact that both use GAL VAL in their legends a lot!

This contrary to what Mr. David van Meter says in his erroneous listing of obverse legend Ol/9 for Galerius on page 281 of his otherwise nice book
(that's a hint for serious collectors to get more coin reference books than just that one)!

Rule #2
Coins including GAL, GAL VAL or NOB CAESAR, NOB CAES, NOB C in the obverse legend cannot be from Maximianus as he does not
have these first names and no coins have been minted for him as Caesar!

That already takes care of 95% of the confusion between the three emperors!

Rule #3
Coins with IMP C M A in the obverse legend are always from Maximianus, not from any of the other two!

Rule #4
Coins with SEN AVG can only be from Maximianus, not from the other two!

Rule #6
And this bring us to the only obverse legend for bronze Folles which could cause serious confusion, namely between Maximianus and Galerius:
In the case of IMP C MAXIMIANVS PF AVG it is ALMOST always Maximianus (99% of the cases).
Galerius also used this legend but only for a brief period (between 306 and 308) at the mint of Alexandria on GENIO IMPERATORIS and
VIRTVS EXERCITVS reverses, where Maximianus' legends (who had come out of retirement) then read IMP C MAXIMIANVS PF SEN AVG.

A few tips for reverses in case you cannot read important parts of the obverse legend: 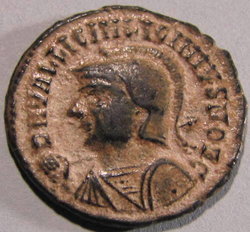 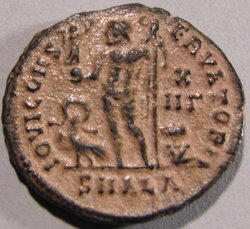 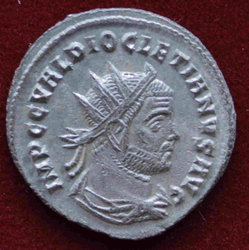 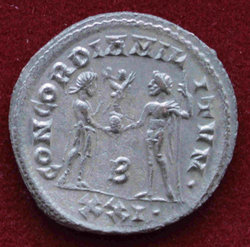 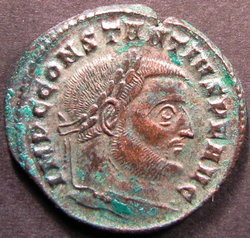 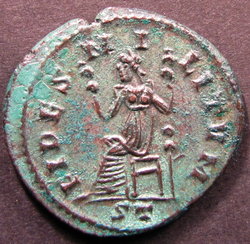