Bulgarian police officers have confiscated a unique 5th century BC Ancient Thracian krater, a special vessel for mixing wine (and water) used in Ancient Greece and Thrace, from a treasure hunter from the southern town of Susam, Haskovo District. The 33-year-old man has been arrested after the local police were tipped off, and searched his home and car. The extremely rare ancient krater was found in the man’s car, the press center of Bulgaria’s Ministry of Interior has announced.

ROME (AP) — The United States on Tuesday officially returned 25 artifacts looted over the decades from Italy, including Etruscan vases, 1st-century frescoes and precious books that ended up in U.S. museums, universities and private collections. Italy has been on a campaign to recover looted artifacts, using the courts and public shaming to compel museums and collectors to return them, and has won back several important pieces.

CAIRO: A wall relief fragment was hacked out from the 3,850 year-old tomb of Djehutyhotep, according to a Tuesday Facebook statement by the Catholic Leuven University archaeology mission. The fragment in question measures 30 by 50 centimeters (12 by 20 inches.) The archaeology mission, currently carrying out excavations where the tomb is located, has posted photos of the wall and the fragment before and after the looting. 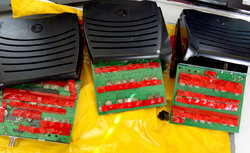 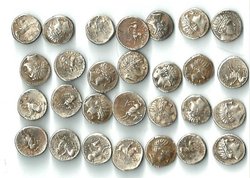 According to the results from the initial archaeological examination, the coins in question “are part of a collective find, and are of extremely high cultural value”, explains the Bulgarian Customs Agency. 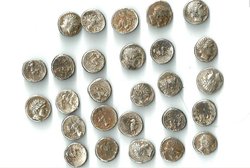