A 1920 Standing Liberty quarter, in circulation in the United States when the Holland Tunnel was opened in 1927. Singly or in multiples, 25-cent pieces like this one would have been useful at the Tunnel’s tollbooths. 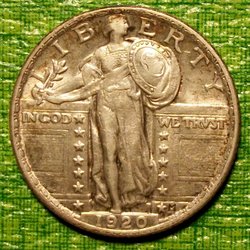 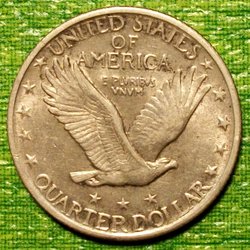 Perpetual Motion, a book published in the early 1990’s by Joe Mysak with Judith Schiff, was “The Illustrated History of The Port Authority of New York & New Jersey.”

In it is a nighttime photo of the opening of the Holland Tunnel, along with a brief explanation: “Brigadier General George R. Dyer, Chairman of the New York State Bridge and Tunnel Commission, paid the first toll at midnight on November 12, 1927…The first tolls were 25 cents for motorcycles, 50 cents for passenger cars, ambulances, and hearses, and one dollar for buses and for trucks between five and 10 tons.”

Sie lesen gerade: Back and forth in the Holland Tunnel, 1927.